We invited filmmakers to submit film or moving image works inspired by any aspect of Angela Carter’s life or work which were featured on Angela Carter’s Fleapit at the two-day International Fireworks: The Visual Imagination of Angela Carter Conference at the Arnolfini, 9-10 January 2017.

Stina and The Wolf
Paul Charisse 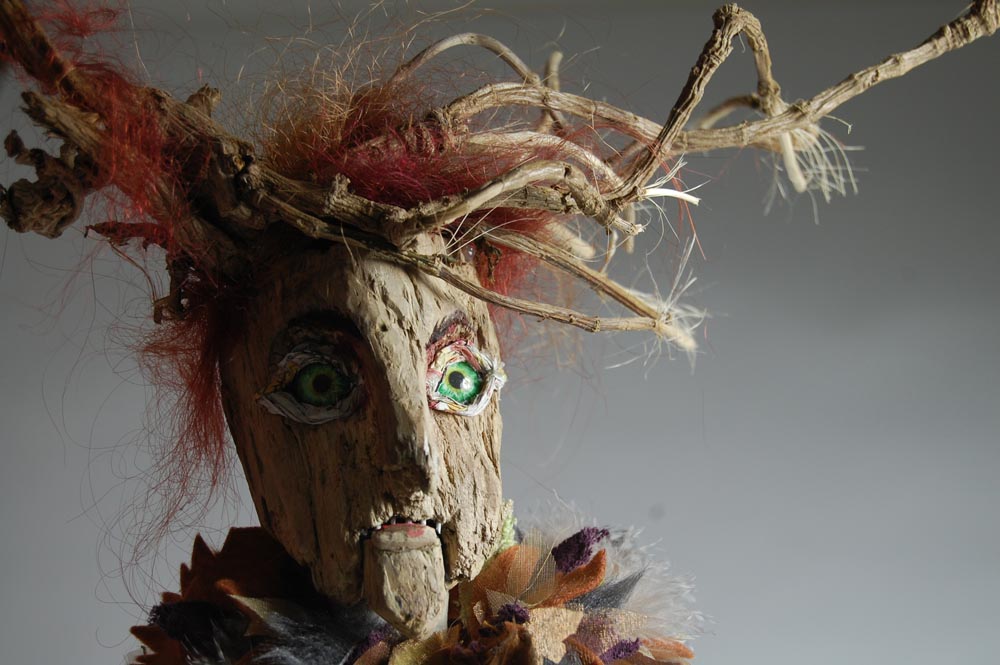 The Erl-King is a film inspired by Angela Carter’s dark forest tale from The Bloody Chamber. The film utilises puppetry and performance to explore themes relating to male power and female passivity as they appear in Carter’s telling of The Erl-King. Holzer’s approach to visualising the narrative was to satire the patriarchal themes through materiality and performativity to expose the immorality of the gender conflict and celebrate female empowerment. Her interpretation of Carter’s story employs a combination of hand-made puppets, props, and costumes, alongside live performers. This interdisciplinary approach to the medium of film and puppetry is intended to add visual impact, emphasising the patriarchal themes in the narrative with specific focus upon notions of control and passivity.

The film was shot on-site at Coed Hills, Wales, and at Cardiff School of Art and Design. It was directed and edited by Holzer who was also the main performer, with assistance and contributions by Marie-Louise Plum, Spike Dennis and Moth Rah.

The Magic Theatre of Angela Carter

In addition Layla Holzer’s Magic Theatre installation was exhibited at the Conference. The theatre can be used for the presentation of films as well as live shadow puppet performances for audiences. The design of the theatre highlights various common motifs, themes and characters that appear in Carter’s work, whilst the enchanting hand-cut shadow puppets within illustrate her wickedly dark and subversive tales. Layla Holzer is having a solo exhibition, The Snow, The Crow, The Blood, 3-14 February at Hamilton House.

This short film juxtaposes images by artist Kim L Pace with extracts from 3 stories by Carter.

If you have made a film inspired by Angela Carter and would like us to feature it on the Get Angela Carter website then see our Call For Moving Images.

FEATURED IMAGE: Still from The Erl-King by Layla Holzer