THE SNOW, THE CROW, THE BLOOK EXHIBITION

The Snow, The Crow and The Blood is an exhibition of work by illustrator Layla Holzer, inspired by the enchanting and subversive writing of Angela Carter. Carter was a British novelist and journalist who studied English Literature at the University of Bristol, and is famously known for her re-imagined fairy tales, gothic, post-apocalyptic and picaresque stories. 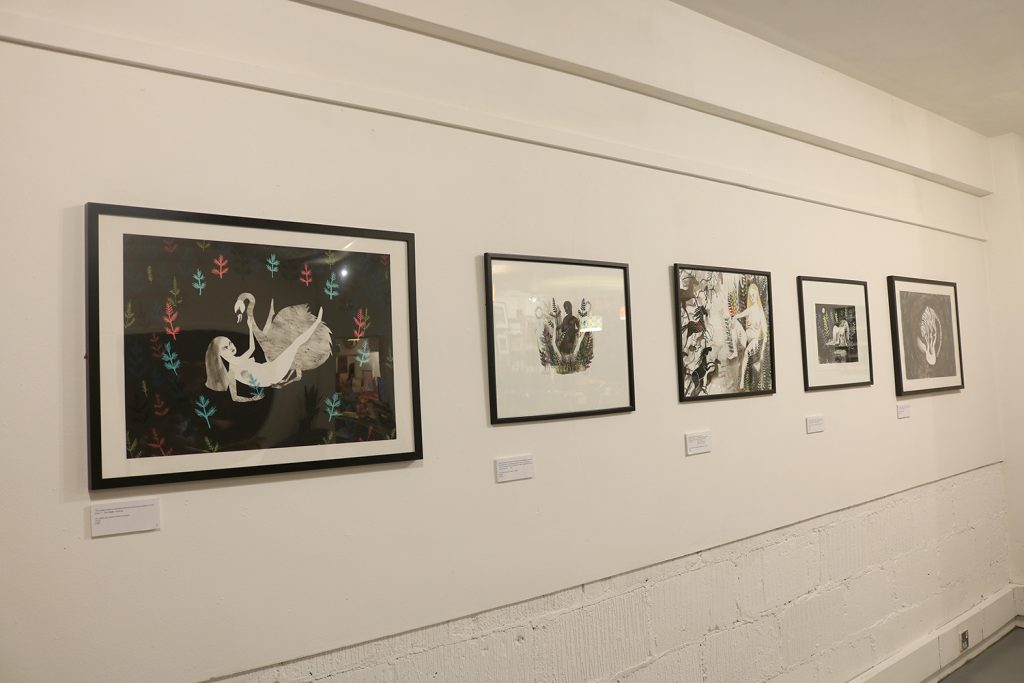 Holzer is an illustrator based in Cardiff who studied BA (hons) Illustration and an MA in Art and Design at Cardiff School of Art and Design. She specialises in ink paintings, paper cuts, puppet making/performance and film. Her primary research interests include fairy/folk tales, psychoanalysis, gender conflict and puppetry/objects. 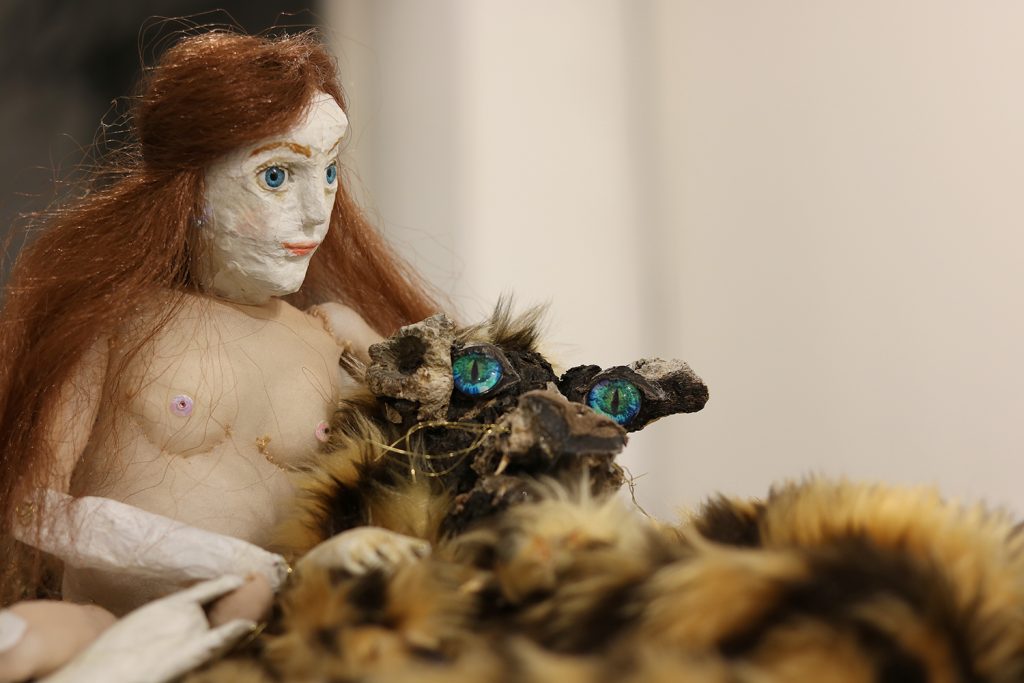 Carter’s stories and essays have been inspiring Holzer’s work for many years, with themes and motifs regularly appearing in her often monochromatic, dream-like paintings, and films of uncanny wooden puppets and shadows. Many of Holzer’s narratives are self-penned, but they echo Carter’s magic worlds that are rife with the haunting curiosity of forests, and both the ghastly and innocent beasts that roam within. To coincide with the Royal West of England Academy show ‘Strange Worlds: The Vision of Angela Carter’, Holzer’s exhibition will present her own celebration of Carter’s work, directly illustrating key stories and ideas that have inspired her. Layla Holzer is also facilitating puppet workshops at RWA. 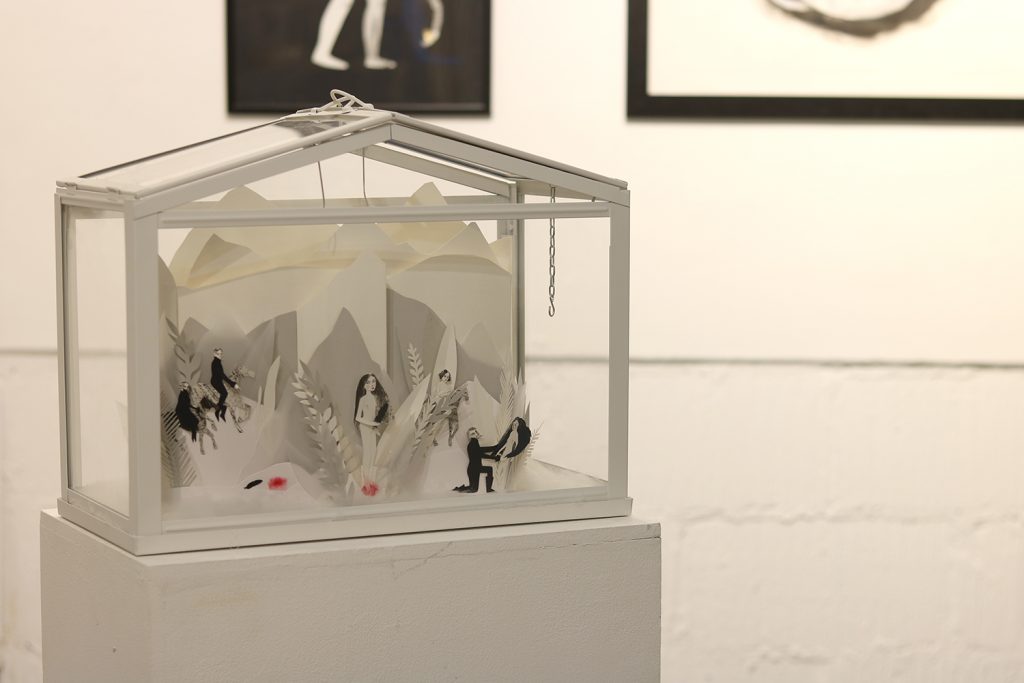 ‘The Snow, The Crow and The Blood’ includes paintings, paper cuts, objects, and puppet films, all inspired by a selection of Carter’s work. This includes Carter’s The Bloody Chamber, The Passion of New Eve, The Magic Toyshop, plus selected stories from the Burning Your Boats collection. Focusing particularly on themes of gender, animal-human relationships, metamorphosis and fairy tales, the exhibition will present a fresh, contemporary exploration of Carter’s ideas and take them beyond the page. 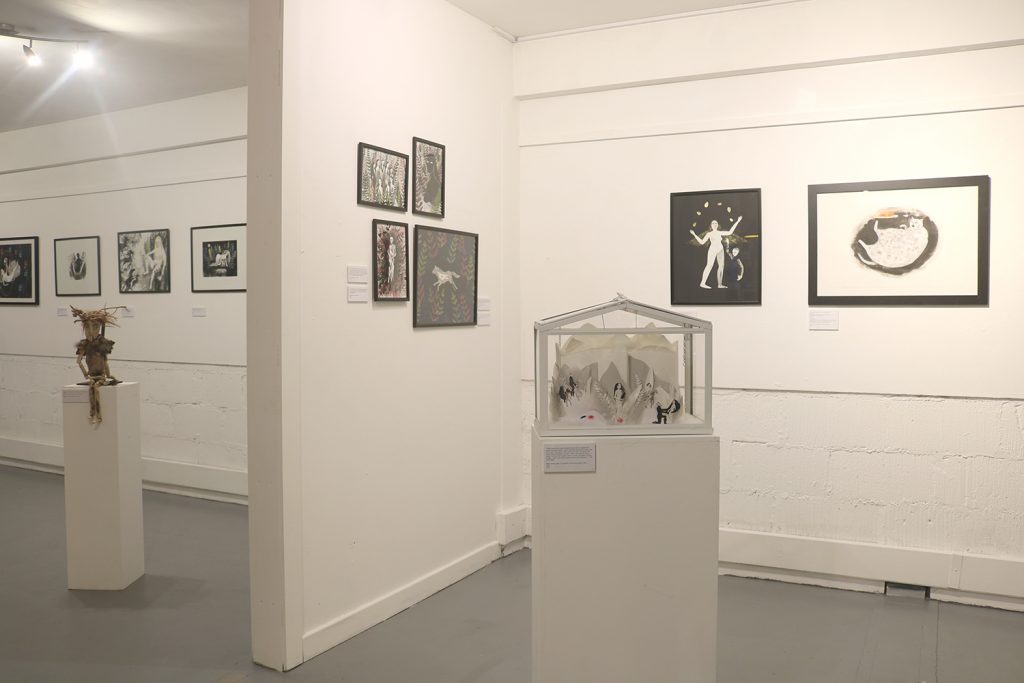